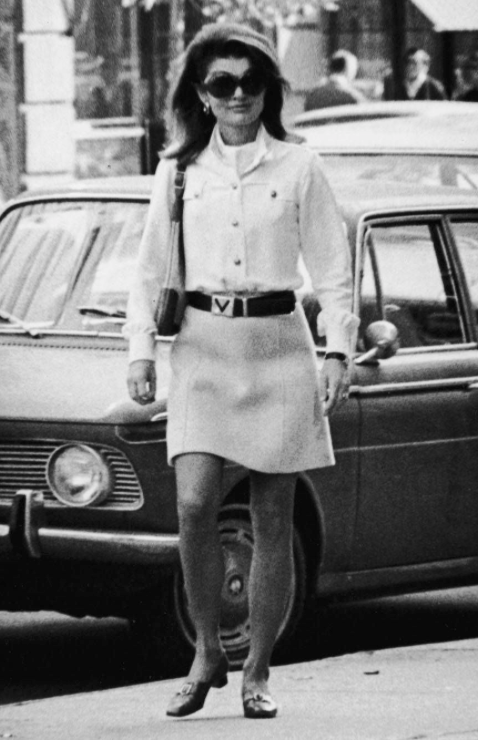 Politics, Policy, and Prada: Women in Government Must Balance Fashion and Work

Appearance matters. Especially for women in politics, many of whom find that the perfect makeup artist and stylist may be as essential to a campaign as their platform.

As women break through the glass ceiling of American politics, they find themselves navigating an unexpectedly tricky new realm: how to dress the part. Females are no longer just the politician’s wives greeting guests at cocktail parties. They are the politicians. With that responsibility, and the sometimes harsh public scrutiny, comes the need to consider fashion and makeup, as well as policy and politics

“Appearance matters, and while men can’t go wrong with a suit and tie, women in the public eye have more options, and therefore more opportunity to be considered ‘right’ or ‘wrong,” Angela Morabito, a frequent millennial voice on Fox News said in a recent phone interview.

Elif Kavakci, a Fashion Journalism professor at SMU and the creative director of the modest-wear label KAVAKCI COUTURE finds it fascinating that male politician’s clothing choices are never a topic of discussion, while a female politician’s attire is almost always discussed in the news.

“Within a patriarchal system, a woman is valued for her looks and her image, not her mind,” said Kavakci. “If she is educated, hard working, intellectual, and has earned her seat in an important position, society cares more about how she dresses ignoring all her accomplishment.”

Researchers are exploring the effects that a candidate’s physical appearance has on voter opinion. The results speak volumes about how visual our society has become.

For instance, a 2016 experiment by the University of California found that the more attractive looking candidate received a positive vote swing of 13 percent. The votes were based solely on political flyers that included a photo of the candidates.

Host of CRTV podcast, “Relatable”, Allie Beth Stuckey is concerned by results such as these that favor appearance over substance. Her podcast aims to simplify issues in the news.

“Both male and female politicians should dress professionally and respectfully, but, beyond that, we shouldn’t be paying too much attention to their attire,” said Stuckey in a recent phone interview. “I would much rather us focus on the substance of their ideas, their character and their ability to lead.”

“Whether a politician’s outfit, hair or makeup should shape a voter’s view is a matter of the degree to which the voter places emphasis on appearance,” said Izzy LeBey, a political science major at SMU.

From headlines about First Lady Melania Trump’s shoes and Hillary Clinton’s pantsuits, to Sarah Palin’s eye-catching sweaters and fuss over her designer eyewear, there is ample evidence to support that what women in politics wear does not go unnoticed. A male politician has all the luck. He could wear the same suit every day for a year and nobody would blink an eye. A female politician? Well there is a lot more options when it comes to clothing, so backlash is ineveitable.

“The kicker is that in the 21st century, limits are being tested. This opens the door to more innovation with fashion while still looking business professional and formal,” said Julia Bristal, who is studying political science along with law and legal reasoning at SMU.

It is this double standard that women have to overcome as they continue to break through the glass ceiling and win high-up political seats, said Kavakci.

Imagine someone like Hillary Clinton, for instance, in a low cut evening dress instead of a pantsuit. Clinton’s styling choices emphasize that a more masculine, professional attire will be taken more seriously.

“Many times the way a female politician dresses can impact the support she receives from voters or colleagues,” she said. “Psychologically and sociologically if the female politician’s attire reflects and represents her intellect, then it is more likely for her to be taken seriously.”

LeBey, an SMU senior, believes that the physical appearance of politicians of both genders affects voters’ perceptions.

“I think that a candidate’s appearance matters, but not nearly to the extent of candidate’s policy stance,” she said “A candidate with appealing policy positions should not be discounted based on his or her fashion.”

With televised debates, billboards depicting the faces of politicians, and the rise of social media, Americans struggle to check the box for anything, or anyone, not appealing to the eye.

In her book “Pretty Powerful”, Fox News Co-host Eboni Williams explores the concept that women have been sold the lie that being pretty and being capable are mutually exlusive. Williams writes in her book that “women shouldn’t hide their beauty. Instead, they should embrace it as a positive and powerful asset.”

Some people believe that women in the political world are judged as much by their party as their fashion choices. People especially don’t shy aware from sharing their opinion when the fashion of politics draws party lines.

“Michelle Obama is celebrated for what she wears and Hillary Clinton is synonymous with the pantsuit,” said Morabito. “And yet it’s extremely rare to find positive coverage of Melania Trump’s fashion choices – even though she’s a former model.”

One step inside of the Bush Institute’s First Ladies: Style of Influence exhibit and you realize the impact that these powerful women’s clothing choices make.

While pleasing the eye is not in the formal job description of the first lady, their influence on style plays a role in spreading their messages.

“The world’s eyes are on the First Lady every day, and dressing with grace and class conveys respect for the American people, and pride in representing them to the world,” Debbie Georgatos, host of the weekly talk show ‘American, Can We Talk?’ said in an interview?

Displays like the exhibit by the Bush Institute highlights signature pieces in FLOTUS’s wardrobes, including Michelle Obama’s red Michael Kors dress worn during her 2013 visit with President Obama to the U.S. Naval Academy.

“Fashion remains an influential tool of soft diplomacy, often used by first ladies as a sign of esteem and recognition” said Natalie Platts, Deputy Director of the Women’s Initaive at the Bush Institute. “However, too often our culture superficially fixates on what a presidential spouse is wearing, overlooking their actions and influence as leaders in their own right. And that needs to change.” 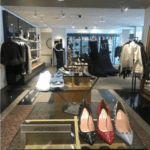 A Buyer’s Life: Inside One of Fashion’s Most Coveted Jobs 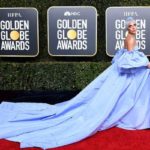 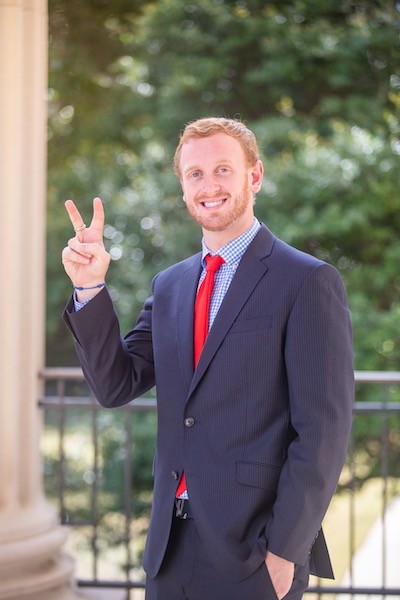 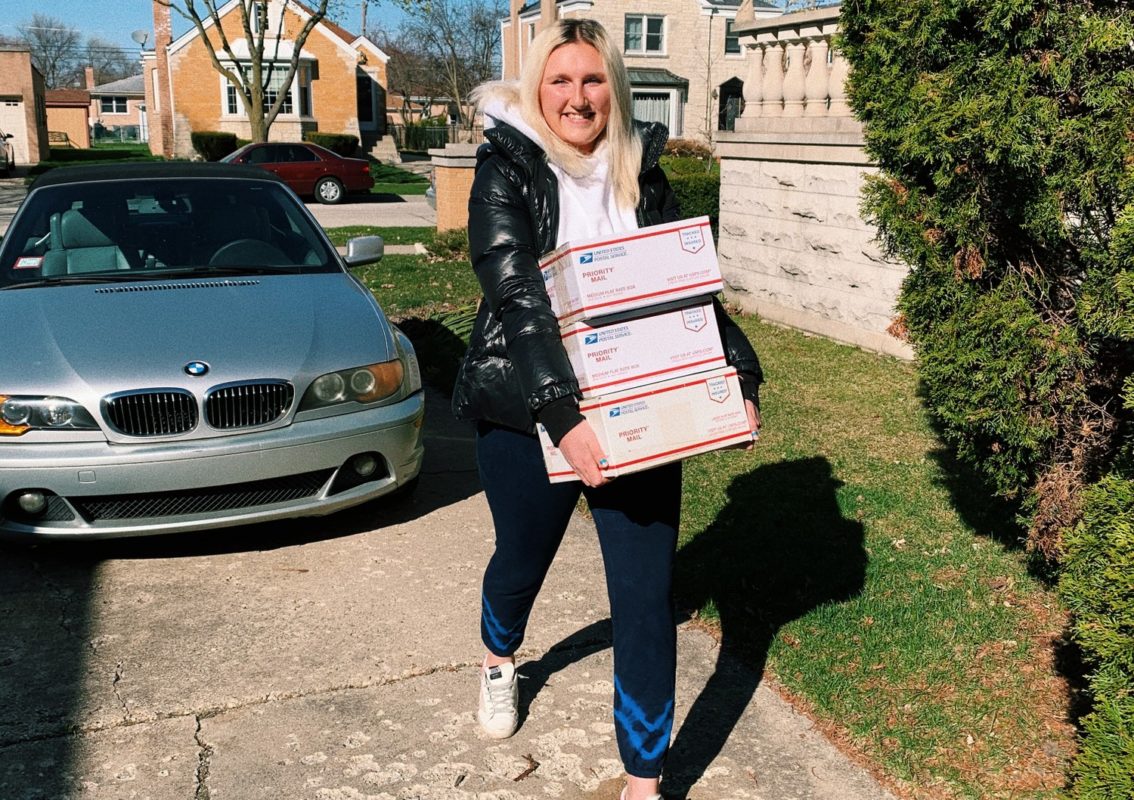 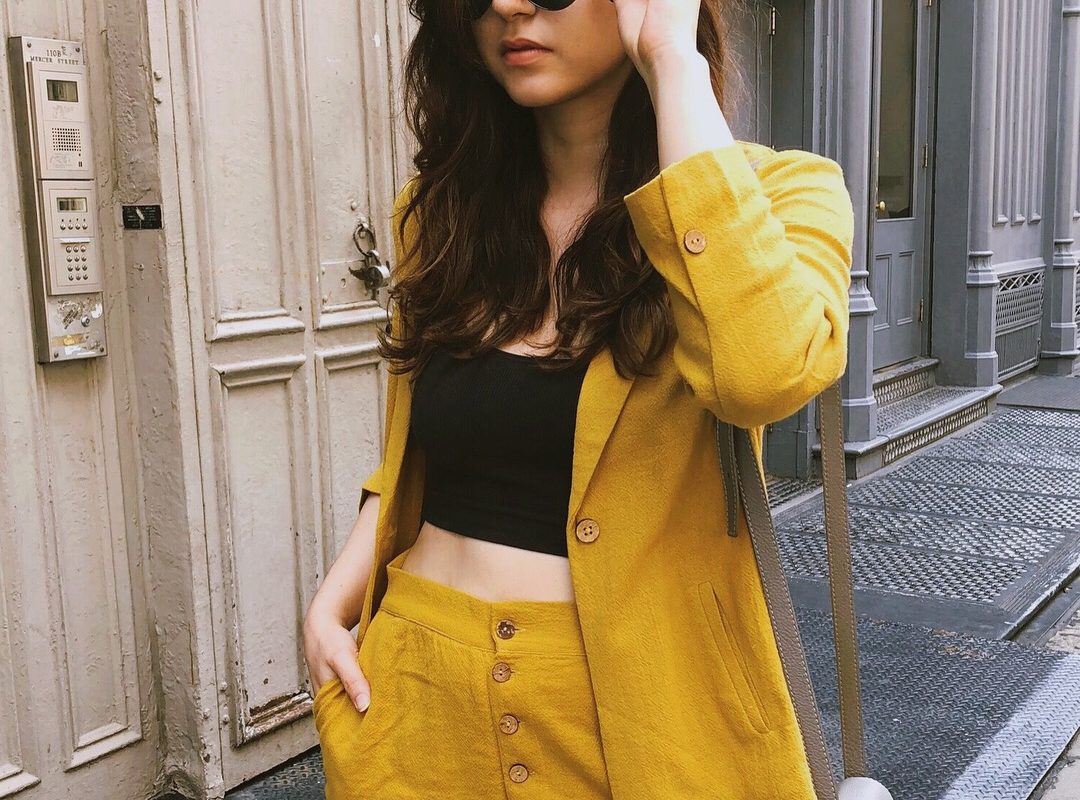