Heads Up: Femininity is stronger than ever — even under wraps.

It’s a Tuesday here on the SMU campus. I am sitting in Fondren library, a building that is commonly recognized as the focal point of student life. In the wake of realizing my computer died and I forgot to bring the charger, a group of girls snickering at their phones at the next table catches my attention. They are wearing what some would consider a uniform for girls on campus: black workout leggings paired with sweatshirts that shamelessly showcase their Greek letters. The sound of the Starbucks barista mispronouncing my name reminds me why I am here: to meet Naaz Ahmed Karbhari.

She is an SMU student majoring in psychology and religious studies with aspirations to work in the field of neuroscience. In her free time, she enjoys outdoor activities, visiting historical sites and trying new foods. When she approaches me, she is dressed in black pants and a plaid top she has accessorized with a Hermès belt and a dark blue beaded hijab — an outfit that mirrors her colorful personality and confident demeanor.

“For me, fashion is using different elements to express yourself,” Karbhari says. “Initially, there is that stereotype or stigma when I walk through the door that I’m ‘the girl in the scarf’ and that, no matter how colorful my outfit is or how I have accessorized that day, I am going to be more subdued or quiet.”

I was not surprised to hear this. Being Muslim myself, even I must admit that, on occasion, I find myself falling subject to these assumptions about covered women. In America, it is undeniable that our culture leads us to look to a person’s physical appearance when forming judgments about him or her. Due to this unfortunate reality, many hijab-wearing women living in this country can too easily feel that their hijab wrongfully defines them based on existing stereotypes surrounding Islam.

“The most common misconception about Muslim women who wear hijab is the fact that they are oppressed, that if they had the option of not wearing hijab, they would,” says Elif Kavakci, SMU professor and creative director of the modest wear label Kavakci Couture. “Most people think a woman would not choose to wear her hijab to serve God, but that a man forces it on to her.”

Islamophobia affects more than a small fringe group of Muslims. In fact, 52 percent of Americans say that the West does not respect Muslim societies, according to Gallup. There are many different viewpoints on exactly which cultural barriers facilitate these misconceptions about covered women and Islamophobia in general. While some may assume blame would be placed on Westerners alone, Karbhari believes people within her religion and culture are responsible as well.

“Misconceptions do not just come from people outside of our background and their lack of knowledge on the subject,” she says. “They also are facilitated by people from our background who have all the information and choose to feed into the culture of oppression that, unfortunately, is normal in some countries.”

Once again, I am not surprised by this answer: Americans have been tasked with separating Islam from culture in a noise-saturated environment where neither is clearly defined. According to Pew Research Center, 63 percent of Republicans and 26 percent of Democrats say that Islam is likelier than other religions to encourage violence among its believers. Many Westerners would be shocked to learn that Islam preaches the importance of education for women, or that peace and generosity are core values of the Koran.

Despite existing stereotypes or misconceptions, intelligent and driven Muslim women like Karbhari are living for themselves, going after what they want and taking the fashion world by storm. Scrolling through Instagram, it is not uncommon to come across fashion and beauty accounts belonging to hijab-wearing influencers. With some garnering seven-figure followings, hijab-wearing fashionistas are showing all women that their headscarves are by no definition a limitation.

With over 248,000 followers, Maryam Asadullah is one of many digital influencers that women everywhere turn to for fashion inspiration. Asadullah accessorizes every outfit with jewelry, a handbag from her impressive designer collection and a beautiful headscarf. Her profile follows the routine influencer format: pictures of her wearing different outfits for various occasions with the occasional food or beauty post. While Asadullah receives praise from her loyal following, she is not blind to stereotypes that exist around Muslim women and fashion.

“Many people think that wearing a headscarf limits Muslim women when it comes to dressing themselves,” Asadullah says. “I wear my hijab the same way I wear all accessories. I choose my headscarf based on the outfit I want to wear that day or a new piece I want to complement.”

While influencers like Asadullah provide a guiding hand when it comes to styling tips, hijab-wearing women are also establishing themselves as a powerful consumer market —and designers are beginning to notice.

“As part of my research, I have argued that modesty is becoming a revolution in the fashion industry,” Kavakci says. “Many mainstream brands have decided to tap into the hijab wear market because they see a huge potential and a very large profit to reach out to these customers. In addition, already existing smaller hijab wear labels have grown and grown. Now there are many labels around the world that manufacture modest wear.”

Thanks to fashion houses like Max Mara and Alberta Ferretti, who featured hijab-wearing model Halima Aden on their catwalks at Milan Fashion Week in 2017, the modest fashion movement is on its way to mainstream status. Like other trends, the modest styles and head scarves that pave these exclusive runways have trickled down to fast fashion stores like H&M, Zara and Gap. Just like luxury brands, these stores are seeing the untapped potential in the Muslim consumer market and are not hesitating to embrace the modest fashion movement with maxi dresses, wide-legged pants and tunics in addition to headscarves.

“I was in Hermès the other day and as I was looking at their scarf collection the sales associate approached me and told me all of their scarves could be worn as hijabs,” Karbhari says. “I was pleasantly surprised that she even knew to suggest that to me. It was obvious she had catered to Muslim clients before, and it was nice to know she could accommodate me.”

From athletic wear to runway ensembles, Muslim women are now more able than ever to find on-trend, stylish clothing that fits their needs at almost every price point. Hijab fashion continues to evolve with every new season. While distorted stereotypes and prejudice still exist, incredible women dispel these fallacies every day by living their lives free of judgment. They inspire all of us to voice our thoughts, opinions and concerns without hesitation. If there is one thing we all can learn from women who live this truth, it is that if we speak loud enough, others will have no choice but to listen. 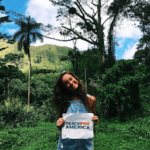 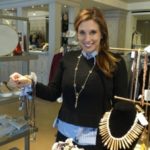 Singing Life Into Relics: The Story Behind Crown Control 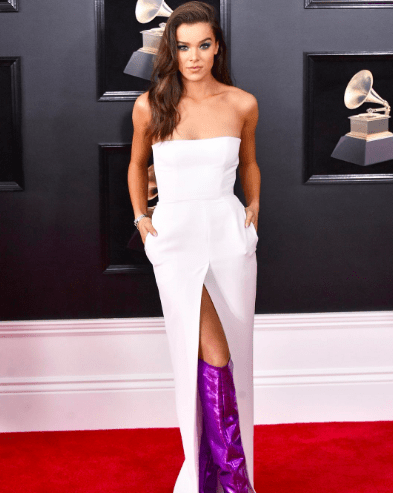 Best Dressed at the 2018 Grammy Awards 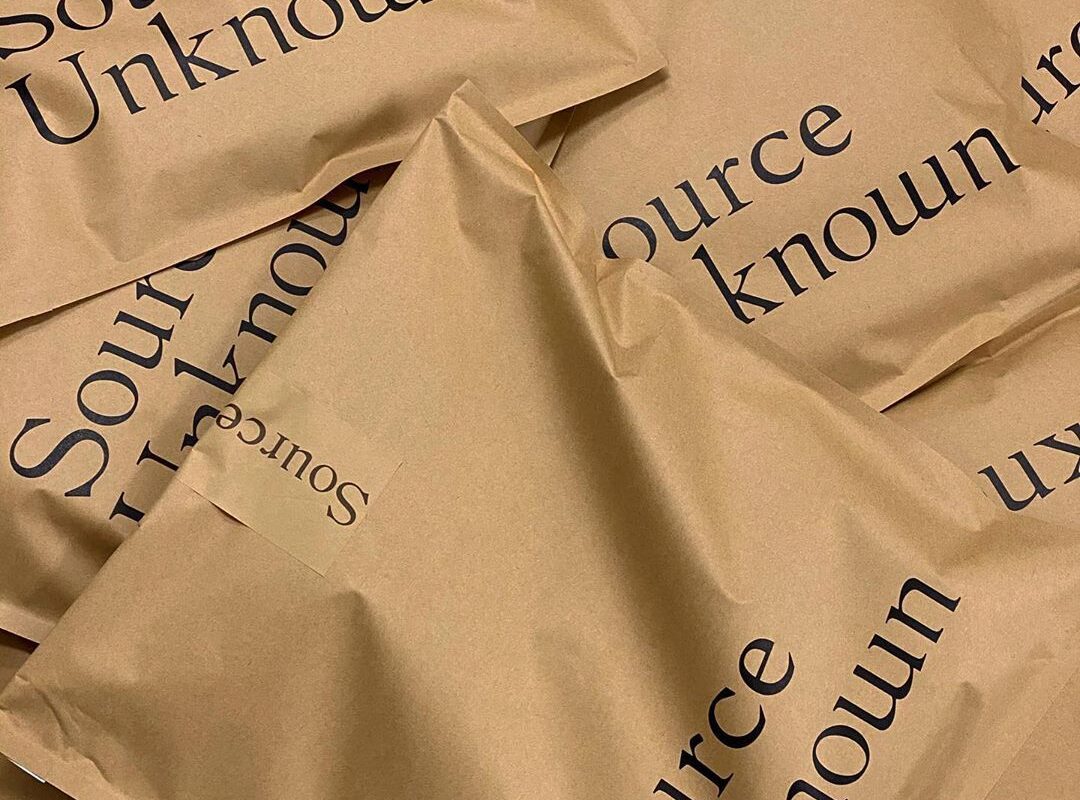 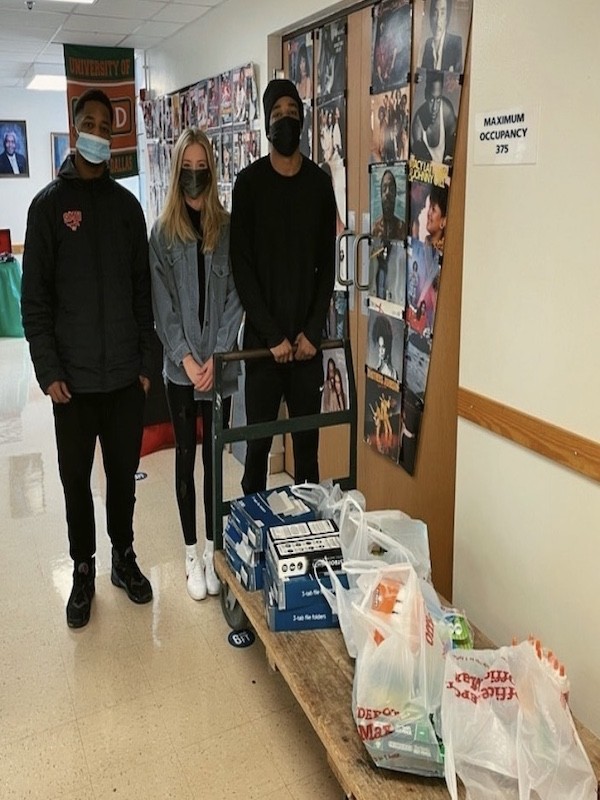